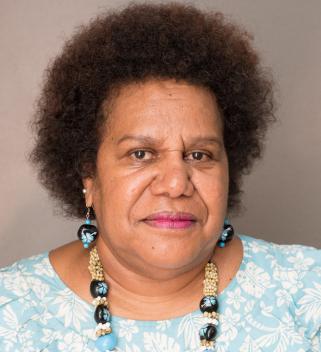 Luisa is a descendant of the Kaurareg Aboriginal People, traditional land owners of the Prince of Wales group of 42 islands including Thursday Island (Waiben), Horn Island (Nurupai) and Prince of Wales (Muralag) as well as strong connection to Fiji and the Royal Family of Tonga. Luisa is a woman with a mission – to address the social injustice and improve service delivery for all Aboriginal and Torres Strait Islander people throughout Australia. Currently, this is addressed under the COAG Targets as (1) Closing the Life Expectancy Gap within a Generation. (2) Halve the Gap in Employment Outcomes between Indigenous and Non-Indigenous Australians within a Decade. She was one of the coordinators of the 1976 Referendum 25th Anniversary Celebrations, the Aboriginal Provisional Government working closely with Bob Weatherall, Michael Mansell and a one-time Premier of SA, Don Dunstan as well as ‘Action for Children’ national campaigner, Senator Janine Haines. She has assisted the Meewee Community Coalition, a grass roots organisation that seeks to assist the alienated and dispossessed within Adelaide, South Australia.

While studying at the University of Adelaide, Luisa was requested by members of the Kaurareg Tribal Council, Horn Island to provide assistance towards research work and compilation of historical records including traditional dances/songs for Kaurareg families and relatives living within the Torres Strait Island Regional Council, Torres Shire Council and the Northern Peninsula Area Regional Council communities. The extensive research work was the basis for the compilation of many family genealogies. This was not an easy task; it took many years and numerous trips to various islands and communities both within the Torres Straits and Northern Peninsula Area Regional Communities. Consequently, this has greatly assisted many families and relatives to know the truth of their history and placing oral history in the right perspective which has been passed on from many generations. Luisa’s contribution to this invaluable work has uplifted the spiritual, emotional and psychological health of many families and relatives. Secondly, it has certainly clarified and confirmed some grey areas of many family’s oral history which fulfils those wise words,” And you will know the ‘truth’ and the ‘truth’ will set you FREE!. Personally, Luisa believes that understanding the present time cannot be achieved unless we understand the past by learning our history through extensive research work.

She has been a member of the South Australian Reconciliation Board, the National Indigenous Tertiary Education Policy Committee (8 members nationally), the South Australian International Women’s Committee and also member of the Authors Group of the Adelaide University. While working for the Australian Chamber of Commerce and Industry as the SA Indigenous Employment Project Manager she was awarded the Australian Reconciliation Award 1997 as a State/Territory Finalist in the category of Business/Industry. In addition, at the SA 2006 NAIDOC ceremony, she was awarded the Community Service Award for 'Outstanding Leadership and Example in Service to Education'. She was the Chairperson of the University of South Australia Indigenous Employment Advisory Committee and the Indigenous Staff Networking Group whilst being employed by the University for at least six years and was one of the instigators of the implementation of the Strategic Indigenous Cultural Awareness Program. The Strategic Indigenous Cultural Awareness Program was facilitated by one of the National/International Indigenous Cultural Facilitator, Mr Grant Sarra who won the 2001 Human Rights Award for his program.

In 1990, Luisa graduated from the Adelaide Legal and Commercial College with a Diploma in Para Legal Studies, a full-time two year course. Then in 1993, she commenced part-time study for a combined Arts/Law degree at the Adelaide University. After her graduation in 1996 she was accepted into a combined Post Graduate Degree studies, Graduate Certificate in Case Management and Client Services and Graduate Diploma in Public and Private Sector Policy at the Deakin University, Geelong, Victoria. She completed her studies and graduated for both degrees in 1998. Since this time, she has an article published; the Legal and Philosophical issues involved in Aboriginal Land Rights Cases in the Olive Pink Society Bulletin, Vol, 6, No.1 May 1994 and her second article published is a biography of Kudnarto, the first Kaurna woman to marry a European under British Law in South Australia, edited by Jane Simpson and Luise Hercus, book titled "History in Portraits". (Kaurna people are the traditional landowners of the Adelaide Plains.) Her third article, the problems faced by Indigenous Women Students and their Study was published in the book titled, "Women, Culture and Universities: A Chilly Climate?"

During 2008 - 20010, Luisa works as the Manager: Program and Service Coordination, Aboriginal and Torres Strait Islander Partnerships, Department of Communities located on Thursday Island. During mid to late 2008, she was one of three Team Leaders that headed the extensive community consultations to all the Torres Strait Island Regional Council communities, Torres Shire Council communities, and the Northern Peninsula Area Regional Council for the combined three tiers of government, Integrated Planning Project which became the Torres Strait and Northern Peninsula Area Regional Plan 2009 to 2029. In 2009, the team was recognised and acknowledged for their effort by the community during NAIDOC week celebration with the 'Regional Award for Excellence: Torres Strait Celebrations Community Tribute Award'. Luisa is the Chairperson of Governance and Leadership, one of the seven Working Groups within the Torres Straits and Northern Peninsula Area Regional Plan 2009 – 2029.

Throughout 2009 and late 2008, Luisa managed and coordinated the various discussions and negotiations through to successful completion of the Horn Island Airport’s Acknowledgment to Traditional Landowners three signages with the senior representatives of the Torres Shire Council, the Kaurareg Tribal Council of Elders and the Chairman and Directors of the Kaurareg Native Title Aboriginal Corporation. The three signages are now erected at the Horn Island Airport as the first of many signages to be erected as a process of Reconciliation Commitment acknowledging traditional landowners by the Queensland Government. The unveiling ceremony was held on the 14 December 2009 at the Horn Island Airport by the Honourable Premier, Anna Bligh, Minister Desley Boyle and Kaurareg Elders.

In late November 2014, the then Regional Director, took a substantive carer’s leave to travel to Scotland and take care of her sick mother, Luisa was relied upon by the department to take on the leadership position in her absence and implement all the necessary work including the supervision of staff members. During February 2015, Regional Director returned and lodged her resignation which means all her responsibilities had to be implemented by Luisa as the Team Leader/Supervisor for six staff members until today, October 2016.

Luisa’s message to everyone is simple – “By building understanding between cultures, we build the bridges of mutual respect and trust. When we trust each other, we become Great and Strong”.